This article is for testing only! Save this article as a WIK file using the “DOWNLOAD WIK FILE” located at the bottom.

Images can be included as shown below:

One can also show images with image captions: 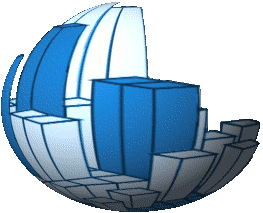 Fig. 1: This is a logo of EncycloED

The Dokuwiki image can be seen in figure 1.

The encyclosphere article may have references. The standard style is to use “Harvard” styling for citations (Andrew Hunt; David Thomas, 1999, pp.352) or the usual style (Donald Knuth, Jan 1985) another example (Donald Knuth, 1997)

Encyclosphere has been brought into existence by the Knowledge Standards Foundation, which will facilitate the creation of the necessary standards. The encyclosphere was invented in response to problems.

As it is planned, the encyclosphere will allow writers and publishers to post feeds of encyclopedia articles (or metadata about articles, and ratings of articles). App developers would be able to collect the data from all of those feeds and use the data to construct massive search engines, and other neat features, for all the encyclopedia articles in the world. No one app would be privileged, but all would tap into—and help build—a “knowledge commons.” Ultimately there would be a massive knowledge competition to best express human knowledge on every topic and from every point of view.

This equation is well known. We simply test MathML parsing.

One can also use code snippets in your articles. This is Java example:

without title (for python)

This code does not belong to any language: